The European Union wants to meet the needs for biofuel partially through domestic production of biomass. Being a relatively new scheme, the environmental impacts of large scale biofuel production has been brought into focus. Research groups in Europe and the US have studied the effect of various bioenergy crops on natural resources like air, water, soil and biodiversity. Miscanthus Giganteus was compared in various studies with natural grasslands, other bioenergy crops like willow, canarygrass, switchgrass, gaint reed, cardoon, polpar, eucalyptus, and common annual crops like wheat, potato, sunflower, mustard, sugarbeet, sorghum and flax (1,2,3,4,5,6,10).

In general lignocelullose and woody crops have lesser environmental impacts when compared to those of annual crops, but more than those of grasslands or fallows. 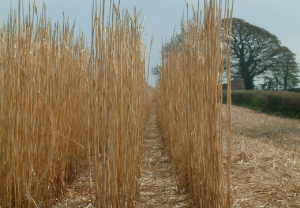 One of the main advantages of Miscanthus Giganteus, is that it is a carbon neutral crop, due to the carbon sequestration it effects, and due to the large quantities stored in its underground tissue, which are not harvested as biofuel. Since Giant Miscanthus is a C4 plant it can take in more carbon dioxide and fix it through photosynthesis, making it suitable as a bioenergy crop, and accounting for its high yields (6,7).

Miscanthus Giganteus is a perennial, which once planted can be harvested for 25 years. This gives it, and other short rotation crops, an advantage over annual crops, which need regular ploughing every year, which contributes to air emissions of carbon equivalents (carbon dioxide and nitrous oxide) due to use of fossil fuels in machinery. As Miscanthus Giganteus can be grown organically, or with use of little chemical fertilizers, GHG emissions due to production and application of fertilizers are spared. Neither does it require chemical pesticides (1,3,7).

Local production networks of biomass reduce financial and environmental costs of transportation. The modern combustion systems are sophisticated and efficient, with emission levels comparable to the best fossil fuel boilers. Though this depends on the fuel used, there are no problems associated with Miscanthus Giganteus, has it low levels of moisture and mineral content. Transporting biomass can however add to noise and pollution locally (8).

As little fertilizers and no pesticides are used there is no emissions in the soil and water by Miscanthus production (1).

Impact on soil of Miscanthus Giganteus

Cultivation affects soils by changing its structure, organic matter and nutrient content as well as erodibility (1).

If a fallow’s nutrient status is considered as natural and neutral, all crops, whether annuals or perennials, whether they are grown for food or energy, disturb the soil’s nutrient status. However, energy and fiber crops, particularly Miscanthus Giganteus and switchgrass, decrease the nutrients the least, while giant reed and cardoon are very depleting. Annual crops and woody crops cause more soil erosion and are inimical to biodiversity as well (1).

In contrast to annual crops, lignocellulose crops, like Miscanthus Giganteus, have longer permanence; leaf-fall in each autumn, decays and increases organic matter accumulation. Moreover, the deep roots of Miscanthus Giganteus add organic carbon even in deeper soil. As a result the soil structure improves, which in turn enhances rainwater percolation into the soil, decreasing water available as runoff. The leaf cover also reduces erosion of soil (1,3). This is aided by the fact, that leaf cover prevents compaction of soil occurring due to use of heavy machinery and the lesser number of management activities involved (no pesticide or fertilizer applications), advantages that annual crops lack (2).

Miscanthus Giganteus and eucalyptus have the least effect on water resources compared to other energy and annual food crops or even natural fallows. This is due to the 100% coverage by their leaves that minimizes runoff. However, the aquifers could be depleted by the deep roots of perennials; whether this may be balanced by improved water percolation due the improved soil structure by leaf litter, needs to be established by further research. Though Miscanthus Giganteus needs more water, most parts of UK and Europe have the necessary rainfall, except in the drier Mediterranean regions (1). In case of water, Miscanthus Giganteus has been known to improve the quality of water by decreasing concentration of nitrates (6).

Cultivation of energy crops will produce some undesired waste (old machinery) but not any from pesticide and fertilizer residues. Miscanthus' ability at remediation of soils, by taking up contaminants and nutrients from sludge, slurry, landfills, and soils counterbalances this (1). Furthermore, use of agricultural and domestic waste for energy production saves landfill space (8). However, application of organic fertilizers, such as animal manures, may increase N emissions (1).

Since Miscanthus Giganteus has been (relatively) recently introduced from tropical Asia, it is not susceptible to any pests or diseases in temperate Europe. However, recent studies from the US indicate that Miscanthus Giganteus fields can feature in the life-cycle of a common pest of maize, the western corn rootworm WCR. The insects lay eggs in the soil in Miscanthus Giganteus fields. Even though pest emergence is less (by 30%), and the WCR are 70-80% lesser in weight in Miscanthus fields, the fact remains that it is a potential host for this pest. Its susceptibility to WCR means that Miscanthus is ecologically equivalent to maize, and if grown with maize can increase pest infestation of maize crops (4). 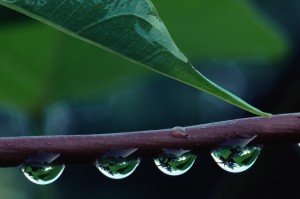 In terms of promoting biodiversity, Miscanthus Giganteus presents a mixed picture. Plants like cardoon that are native to Mediterranean regions in Europe are better adapted and cause less disturbance to their ecosystem. Tree crops like willow and poplar, support more biodiversity than Miscanthus Giganteus due to their longer permanence and structure, which creates habitat for birds, vertebrates and plants. Even though annual crops have shorter permanence and are intensively managed, many of them like sunflowers and oilseeds support increased bird and insect diversity when they are in bloom(1,9).

Miscanthus Giganteus can support birds too, in the first year and up to July every year, before the canopy closes. The number and diversity of small mammals and birds though, are less than in natural grasslands (6). However , the thick leaf litter from Miscanthus Giganteus provides good cover for small wildlife before it decays, and the thick above-ground biomass shelters many invertebrates. The perennial roots of Miscanthus Giganteus that go 2.5 metres into the ground aerate the soil, and add organic matter providing nutrients to worms and insects there, to create a rich subterranean ecosystem (3). Moreover, in contaminated land Miscanthus improves diversity and abundance of useful bacteria and fungi. Miscanthus Giganteus also supports similar species of weeds found on arable lands, but has overall more diversity than arable lands and canary grass, but less than organic cereals (6,5).

It isn't just number of species and their abundance that is important for determining and promoting diversity, variations are needed on a larger landscape scale too. Having more types of crops, or land-use (grassland, forests, domestic gardens) can influence biodiversity, by providing different kinds of habitats that are used by different species of plants, animals, birds and insects. So adding Miscanthus Giganteus improves biodiversity on a larger scale.

Maintain a buffer of 3 to 5 metres around the Miscanthus Giganteus fields to manage hedgerows and grassland stips, this will also prevent fire from its abundant leaf litter, from spreading, A buffer of up to 10 metres around woodland to improve bird flight into the trees These buffers of field margin will also support more biodiversity of birds, insects, weeds and invertebrates (6).