Miscanthus Giganteus – for the circular economy

Miscanthus Giganteus is a versatile crop being a hybrid cross of Saccloforus and Senensis originating from Asia in the early 80s.  Planted once, it is a sustainable, fast growing; non-invasive, true energy crop that will last for at least 25 plus years.  It has an energy balance of 1:33 mega joules per hectare, making Miscanthus one of the highest yielding Biomass Energy crops available today, requiring all the CO2 produced when burning as a fuel for re-growth the following year, whilst providing annual Carbon sequestration back into the soil.  Carbon sequestration is the process involved in carbon capture and the long-term storage of atmospheric carbon dioxide (CO 2)… 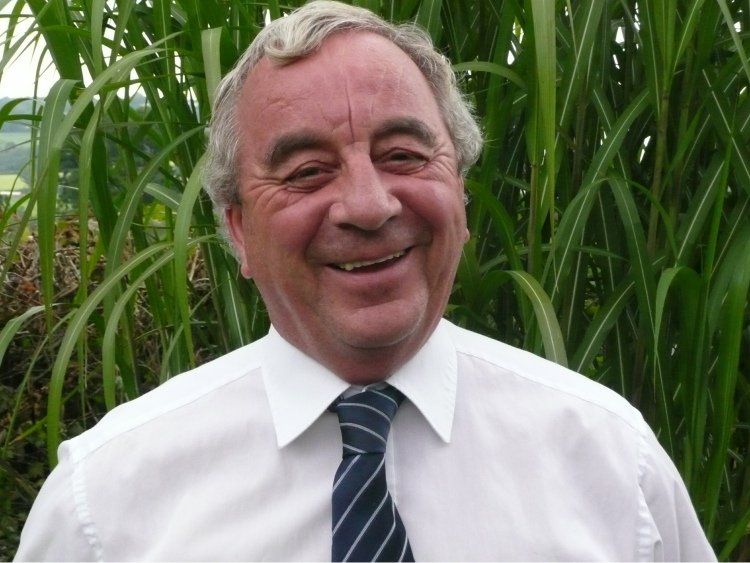 Following 32 years in the commercial crop production industry, Mike followed his passion for Miscanthus in 2005 working alongside farmers to establish Miscanthus plantings in the UK and Europe before taking the role of Managing Director of MNL in 2010. After 15 years of experience with Miscanthus, Mike is reliably one of the most experienced and practical operatives, delivering applied long-term and Sustainable Biomass supply solutions to both large and small Biomass fed fuel systems. He understands the planting, growing, harvesting, agronomy and supply...

There is global interest in the use of bio-composites in the construction industry, since they are made from natural materials that are renewable, recyclable, biodegradable, and have...

Safe and sound: Decentralisation with Miscanthus

The biggest advantage of growing Miscanthus giganteus and its various industrial applications, is that it lends itself to small-scale, decentralised production units, particularly suited...

In June 1992, the Earth Summit or the United Nations Conference on Environment and Development (UNCED), took place in Rio de Janeiro, Brazil. A global plan called 'Agenda 21', was approved...

In 2012, the European Policy Centre, urged EU to cooperate with its member states and industries to support manufacturing, with particular emphasis on 'advanced manufacturing technologies...

Miscanthus Giganteus is a hybrid plant of the grass family that has great long term potential for the grower with many applications. It is fast growing and related to both bamboo and sugar cane. The common name for the plant is elephant grass, a name derived from how tall the plant can grow being over 3 metres in height and images of Miscanthus Gianteus (also known as Miscanthus x Giganteus) show plants even as high as 4 metres under the right conditions. It is a resilient high yielding bio-energy source which is carbon neutral in terms of emissions at worst.

The plant is a hardy woody perennial and once established it is easy to maintain for the long term producing an annual harvest lasting for up to as much as 25 years. The major economic attraction is that it can be used as a sustainable alternative fuel in the form of biomass or it can be refined as a second generation bio-fuel most commonly in the production of ethanol. It can also be used in gasification processes and for boilers in its harvested state or after processing into pellets or fuel logs.

Miscanthus Giganteus is very versatile as it is not only an energy source but can be also be utilised as bedding for horses, poultry or other animals and it is tall enough to hide game. It is also used in ornamental gardens. It is generally beneficial to the biodiversity of the locality of its cultivation.

There is further likely use currently being developed for Miscanthus, being used as a fibre in the plastics industry and as a method of carbon sequestration. Other exciting uses are also being researched, such as fibreboard and bio-concrete for the construction industry. See why we should be using Miscanthus giganteus here.

The grasses are a sterile hybrid of two naturally occurring species found in Asia (Saccloforus and Senensis) , they are grown from planted rhizomes which spread very slowly so are considered non-invasive in nature.

Miscanthus Giganteus was originally introduced to Europe in the 1930’s as an ornamental plant. It has been researched and developed as a potential bio-energy crop since the 1950’s.

Once the rhizomes are planted, the crop will take two years to bed in. During this time herbicides may be used with the shoots cut back annually.

Once established there is no further need for pest control or any other form of soil protection or additives. The annual level of maintenance is low with relatively high yields. The leaf mulch that develops in the first two years acts a natural defence mechanism against further weed growth.

The miscanthus crop, growing to over ten feet tall, can be harvested later than other crops using standard agricultural equipment as a precursor to regrowth of the plant starting in April.

Crop yields can average 10 to 20 tonnes per hectare of dry matter (equivalent to 4 to 8 tonnes per acre) per annum for 25 years or more making it many times more productive than other bio-energy plants such as switchgrass.

Like all grasses, high levels of sunlight will assist good growth together with plentiful levels of water so it will grow in most climate zones that are not arid and will flourish in UK conditions whether they are predominantly seasonally wet or dry.

A late winter/early spring harvest should allow that there is a low enough level of water retention within the plant to harvest the crop naturally at 15% moisture content. This has the added advantage of it to be immediately ready for use as a bio-fuel without additional processing.

Miscanthus Giganteus has many applications once harvested and the baled grass has a high energy content that can be used in the development of bio-fuels for heating, power production, ethanol production, as an absorbent bedding, as an additive fibre in plastic production, chemical production, in paper making, as game cover for wildlife or as an ornamental plant.

The primary economic end use attraction of giant miscanthus for growers is that of a sustainable green energy source.

The levels of carbon dioxide emitted in energy conversion are equivalent to those used during the growth of the energy crop resulting in a carbon neutral position for the crop.

Harvested bales of miscanthus grass can be used raw in boilers, processed through torrefaction or at a higher temperature via gasification. It has also been used as a co-burner in coal fired power stations in the production of electricity.

Miscanthus has potential energy content as a natural resource similar to that of wood-chip being a gross calorific value of 17GJ/t and an ash content of 2% when burnt in a standard boiler. Nearly 4,500 kWh per tonne of heat are possible from miscanthus pellets when burning in boilers.

There is a growing demand globally for bio-energy crops to be the main feed-stock in the production of bio-fuels such as ethanol.

Giant miscanthus is right at the forefront of this demand as it is economically efficient mostly due to the higher yield levels when compared to other bio-energy crops.

Dry mass miscanthus giganteus that is subjected to torrefaction will produce a powder residue that can be formed into pellets which will have 80% to 90% of the original calorific value.

The pellets produced from miscanthus have been done so at a cost of half of that of wood pellets. Alternatively, these energy conversion processes can be used to ultimately produce bio-fuels. The capacity of giant miscanthus to produce larger volumes of ethanol makes it a crop that will continue to grow in demand.

Another utilisation of Miscanthus is that it offers a natural alternative to hay as bedding for animals. It is lighter and three times as absorbent as both straw and wood shavings. It is biodegradable and composts more quickly than alternatives and it has relatively low dust content. It is very suitable for cattle, chickens and other poultry, horses or more domestic pets such as guinea pigs.

Miscanthus is of a non-toxic nature so not poisonous to animals and very comfortable when chopped as deep bedding so presents no problems if eaten.

Miscanthus in the Garden

Giant miscanthus or elephant grass was originally brought to Europe for use in ornamental gardens. Its height gives it a number of desirable properties. It can serve as a wall or wind break and is deer resistant so is ideal for forming borders. It has been used in the building of mazes for children and offers at least partial shade and good privacy.

Planting contracts are available in the UK from £1,050 per hectare before labour and machinery costs. With additional planting costs year 1 at circa £300 per hectare and maintenance and harvesting costs of £20 per tonne per annum, an average annual return of between £250 to £550 is achievable dependent on the tonnage yield per hectare.

Contracts are available at a price of £75 per tonne for 2016 contracts with a moisture content of less than 16%. This equation would have an average break-even yield point of less than 6 tonnes per hectare over a ten year period and less than 4.5 tonnes over 20 years. It is a long term crop that will produce annual profits with low input. Financially secure yields are possible in excess of an average of over £500 per annum per hectare for a 15 year period (An IRR of over 16%).

In the ultimate analysis the future of miscanthus x giganteus is very strong and potentially of relatively high value to other crops and bio-energy sources. It is resilient, versatile and economically viable offering long term financial security to both land owners and growers.

Note: * All figures are subject to change and should be viewed as estimates only. Your own personal circumstances with regard to land quality, supply of water, available sunlight and nutrients will all affect yield. Contact us for your personal recommendations.